Find out more about Dr Waheed Arian, the founder of Arial TeleHEAL.

Growing up in Afghanistan

Dr Arian was born in Afghanistan in 1983 and spent his childhood in the middle of the Soviet conflict. His family constantly had to flee to avoid fighting, and regular schooling was not safe because of the risks of attacks. Everyone needed great resilience simply to survive.

As the fighting intensified, Dr Arian’s family sought safety in Pakistan, through a hazardous mountain crossing, during which they were nearly killed by a Soviet air attack.

Arriving in what they hoped would be sanctuary in a Pakistan refugee camp, the whole family found themselves in a single room, in terrible conditions. Dr Arian suffered from a potentially-fatal combination of malnutrition, malaria and TB. Living in the camp, he first dreamed of becoming a doctor, so he could help others like his family and friends. Dr Arian has become inspired to make the world a better place.

Moving to the UK

Speaking little English, Dr Arian worked in shops and restaurants but was determined to succeed despite all the challenges, supporting his family while studying at several colleges in the evening.

He was determined to turn his dreams into an achievable vision and, amazingly, gained the A Levels required to study medicine at Cambridge University.

Overcoming social isolation at one of the world’s top universities, Dr Arian also acquired world-class qualifications from Harvard and Imperial. He practised in London hospitals before moving to Liverpool’s Aintree University Hospital. During this time, Dr Arian returned to Afghanistan during his leave, helping medics care for patients injured in the ongoing conflict.

Dr Arian realised that many UK medics would like to help too but could not travel safely to Afghanistan. This inspired him to establish Arian Teleheal, a charity which now has 100 volunteer medics who advise their colleagues in Afghanistan and other countries using social media or other every-day technologies.

There were many challenges for Dr Arian to overcome, and he had to show tenacious leadership to gain the support of national and international organisations, who valued how he had used innovation in digital technology to create a charity which could save lives and provide global education.

With feedback from the Afghan health authorities that the scheme had saved dozens of lives, and supported education of local doctors, Dr Arian began developing pilot schemes for more conflict zones or developing areas, in Syria and a number of African countries.

He received the UK Prime Minister’s Points of Light Award in 2018 for his inspirational charitable work, and the impact it had made in saving lives. Dr Arian was also appointed as a NHS Innovation Clinical Entrepreneur Fellow and Mentor in 2017.

He has been appointed as a World Health Organization Digital Health Expert, a United Nations hosted Stop TB Global Ambassador and a UN Global Goals advocate.

In 2020, Doctor Arian was named as one of the top 10 refugee entrepreneurs by startupswb.com.

Dr Arian also began weekly posts using the hashtag #RefugeesGiveBack in 2020, highlighting the contribution which refugees across the world have made to their host societies. These posts have been seen by millions of people across the globe, and been praised by the UN Refugee Agency.

Dr Waheed’s successes and story have been covered by numerous media organisations around the world, including through the Waheed’s Wars documentary by John Simpson, the BBC’s Foreign Affairs Editor.

Dr Arian was appointed as a United Nations Global Goals Goalkeeper, and his work helps deliver the UN Sustainable Development Goals, including health, well-being and education. Dr Arian is also working on his autobiography, which he hopes will reach even more people globally, inspiring them to achieve their own dreams.

Find Out More About Dr Arian 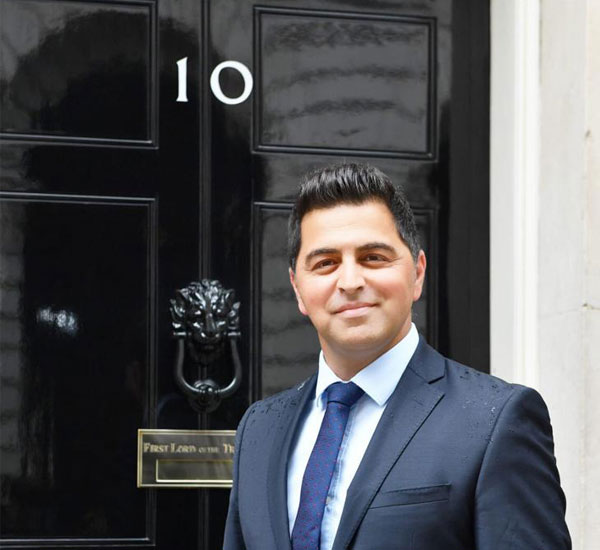 Donate as much or as little as you can afford; we do not receive NHS or government money but rely on the kind donations from individuals and organisations in order that we can do do our lifesaving work